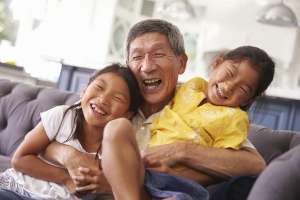 Grandparents have been universally important in families across time and their role continues to evolve, but their involvement in their grandchildren’s lives is different around the world. In the United States, roughly 10% of grandparents lived with a grandchild in 2012. In Africa and Asia, living in a multi-generational household is a common practice.

A number of recent studies of families in several Asian countries help to shed light on how grandparents are involved in coparenting, which researchers define as the sharing of childcare and upbringing responsibility among two or more adults. These studies suggest that children benefit when parents have strong relationships with coparenting grandparents and point to some ways that this relationship can be nurtured.