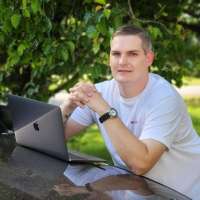 Joseph Stiltner grew up in Pittsburgh, Pennsylvania, but has proudly called South Carolina home for the last 13 years. He is married to his childhood first love and has four children ranging from 2 to 14 years old. Mr. Stiltner recently launched his own business, but for four years prior to that, he was as an intervention specialist at a father engagement initiative for the Waccamaw and Pee Dee region of South Carolina.

Mr. Stiltner began his road to transformation in 2014. With the birth of his first daughter, he wanted to end the generational pattern of addiction, abuse, and fatherhood absence that has plagued him and his family. He found the tools and resources that he needed to change his life and  forever alter the course of his family. Mr. Stiltner has been committed to helping men transform their lives and their families. He will continue this work in a volunteer and mentorship capacity going forward. Mr. Stiltner attended Horry-Georgetown Technical College’s Human Services program.