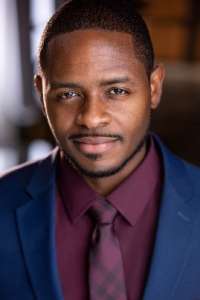 Durrell Lyons originally hails from the small town of Wichita Falls, TX. Raised primarily by his mother, his humbled beginnings are characterized by countless hours spent at local Boys and Girls clubs filled with basketball games and NBA dreams, endless freestyle sessions and MC dreams, and most importantly, roasting sessions and yo mama jokes. He would eventually leave his hometown in an educational pursuit to Savannah, GA. While acquiring an engineering degree at Savannah State University, Lyons kept close to the stage by participating in various theatrical productions, as a dancer with Savannah State's Hip Hop dance team, a runway model with a number of fashion troupes, and most notably, a spoken word poet.

After moving to Atlanta, he began to study various acting methods and even gain some experience as a stand up comedian. Lyons has been active in a variety of stage productions, television projects, and on the big screen. He currently resides in the eastern suburbs of Atlanta, GA with his wife and two beautiful children.

His advice to other dads is you don't have to have all the answers. Sometimes "being there" is enough. It's half the battle.