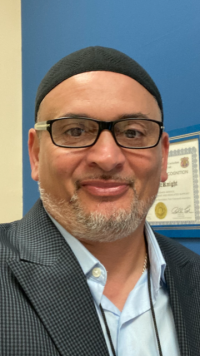 Daee McKnight is a motivational speaker and reentry community activist. Mr. McKnight is the fatherhood engagement specialist at the Family Reentry for Incarcerated Dads program based in Bridgeport, Connecticut, and the coordinator of Transitions Mentoring. He facilitates pre-release groups and assessments for dads at correctional institutions and for young men at the youth facility in Connecticut preparing them for successful reentry. Formerly, he served as the program manager for Young Fathers Incarcerated Dads program.

Mr. McKnight is a credible messenger who served 17½ years on a 25-year sentence. He is familiar with the internal and external obstacles people face upon release. While in prison, he was inspired and awakened mentally and spiritually to begin his journey of transformation. In the darkness of prison, he began to illuminate his mind with education and self-knowledge. Mr. McKnight is the recipient of the Save Our Babies award in 2008, the Department of Corrections Volunteer Service Award for Positive Role Model 2009, and Humanitarian of the Year Award in 2011 (Best Motivational Speaker) from the Matt Jones Foundation.