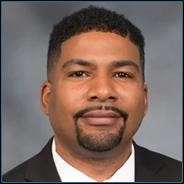 Armon R. Perry, PhD, MSW, serves as Professor and BSW Program Director at the Kent School of Social Work at the University of Louisville. Perry’s research focuses on the intrapersonal, interpersonal, and external factors influencing men’s involvement in the lives of their children and families as well as the impact of that involvement on family well-being. To date, his research findings have pointed to the association between increased levels of paternal involvement and increased contributions from the paternal extended family, higher levels of reported religiosity, higher reported levels of maternal parenting efficacy, and fathers who report having functional co-parenting relationships with their children’s mother. The findings also highlight the relationship between a father’s provision of instrumental and affective support and positive outcomes for families such as fewer behavioral problems in children and lower levels of reported maternal stress. Although still early in his academic career, Perry has been recognized as an emerging scholar in the Scholar’s Network on Black Masculinity, an assembly of scholars convened to reshape academic, public policy, and popular culture understandings of the lives of African American men. In addition to his research, he led the OFA-funded 4 Your Child fatherhood program and teaches social work courses informed by his experience as a child protective services social worker. Most recently, he is the author of Black Love Matters: Authentic Men’s Voices on Marriages and Romantic Relationships.