Project Fatherhood is a program of Children’s Institute, Inc. in Los Angeles, California. We have worked with more than 15,000 fathers and 23,000 children across Los Angeles County since 1996. Some of the fathers we work with are required to attend parenting classes to satisfy child welfare case requirements; some are referred from community partners; many come to us needing help with employment. They often face challenges related to criminal justice involvement, traumatic experiences, gang membership, poverty, transportation, or homelessness.

The heart of our program is the Men in Relationships Group (MIRGSM), which provides comprehensive support to help fathers be more involved in the care and upbringing of their children, but another key component is helping them improve their economic situation. We couldn’t do that without the support and service of two key partners: Chrysalis and Homeboy Industries. 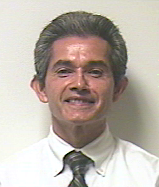 Chrysalis is a nonprofit organization dedicated to helping homeless and low-income individuals find a pathway to self-sufficiency. By offering “a hand up, rather than a hand out,” they provide participants with the resources and support needed to find and retain employment.

When I first met “Jason”1 in January 2018, he talked about how the support he received from staff members at Chrysalis has been a lifeline for helping him reconnect with his 4-year-old son. Jason explained that he and the mother of his child separated after living together for two years. He remained in close contact with his son after the separation, but then financial struggles resulted in the mother’s decision to leave Houston, Texas, and move with their son to Los Angeles, where she had support from other extended family members. Unsure of what to do next, Jason remained in Houston for 9 months, before making the decision to leave and come to Los Angeles so that he could find a place to live near his son. He told me that he thought about how he had never met or lived with his father.  He said, “I would never want my son to grow up without me in his life. Now, I visit him often and spend all my free time with him. I have a job that I like, and he knows that I will always be there for him.”

Homeboy Industries provides hope, training, and support for formerly gang-involved and previously incarcerated men and women. Participants have the opportunity to improve their confidence and self-esteem while learning skills to provide for their families. Project Fatherhood staff work closely with the organization and provide MIRG classes for fathers at Homeboy’s downtown location. Homeboy provides 18-month work opportunities in their six social enterprises where trainees are paid to learn soft skills, such as administration and customer service, and vocational skills from solar panel installation to pastry baking or catering. Participants are required to spend part of their time at Homeboy working on themselves by taking advantage of an array of on-site support services that include education, therapy, tattoo removal, substance abuse treatment, legal assistance, and job placement services.

I met “Ricardo” five years ago, when he introduced himself to the other dads attending our weekly MIRG group at Homeboy Industries. He was 44 years old at the time and he began by saying, “I think my girlfriend is pregnant. If that’s true, I know I’m going to need help to learn how to be a father because my Dad died from a drug overdose when I was 6 years old.” What I found remarkable about Ricardo was his genuineness and strong resolve to begin living his life based on a new sense of purpose and meaning after finding out that indeed he would become a father. Ricardo spent his early teen years in and out of juvenile detention centers and youth camps, and eventually was sentenced to 20 years at a state prison. He was still in his early teens when he first met Father “G” (Father Greg Boyle, Executive Director of Homeboy Industries), but he wasn’t ready then to take advantage of the services offered at Homeboy. Ricardo recalled times when he had decided to visit Father G, but then turned away. It wasn’t until he heard that Homeboy’s had a specific class for fathers that he finally made it to the door and committed himself to completing the 18-month job training program. He earned his GED, and his success and dedication led to being hired as a full-time staff member. Like many other fathers in the weekly MIRG group, his leadership skills were quickly recognized. Eventually, he was recruited by an outside agency to work full-time as a case manager for a re-entry program serving formally incarcerated men and women.

Today, I still receive text messages from Ricardo along with photos of his family that include his wife, two daughters, and now their newborn son. Indeed, as we often say and promote in Project Fatherhood: “Every day is Father’s Day!”

1Participant names have been changed for confidentiality.

Gig Work Blog Series – Getting Down to Business
DadTalk Blog
Sep 16, 2021
Gig Work Series: What is the Gig Economy?
DadTalk Blog
Jul 6, 2021
Can you save money this tax season? Learn about the Earned Income Tax Credit
DadTalk Blog
Feb 23, 2018