In addition to the obstacles that almost all former offenders are faced with, men who have children encounter an especially difficult set of hurdles, when reentering society. As someone who has worked on the issue of re-entry in numerous capacities, and as the older sister of three brothers who have been incarcerated, I have developed a deeper understanding of the supports needed by these fathers to help them succeed as parents, both during and after incarceration. 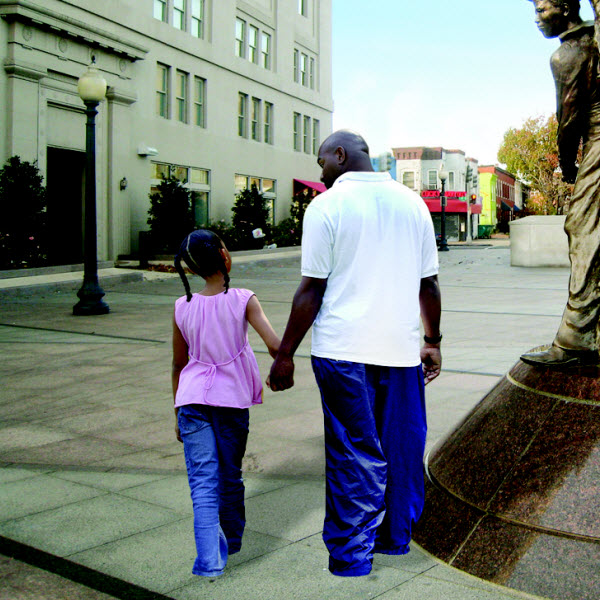 Although it is often disheartening to see how often the policy lags behind the realities of what men face when trying to return home to their children, families, and communities, it is also satisfying when they succeed despite the odds.

While public awareness of this issue has increased, there is still widespread ignorance about how these trends impact communities and families. The U.S. prison population has quadrupled during the past quarter century, and approximately 600,000 people are released annually from federal or state prisons. An estimated 10 million children (14 percent of children) have experienced the incarceration of a parent, and even more have suffered reduced resources and opportunities because of a parent’s criminal record. In 2010 alone, at least two million children had a parent in jail. All of the literature on this topic stresses the importance of making sure families stay connected while a parent is gone. However, one of the tragic realities is that dads are often sent out of state to serve their time and this can be detrimental to the average family.

Not only is it important to have a plan of action for offenders, during and upon re-entry, it is important that we are working to minimize the barriers that ex-offenders face in securing the needed income support, education, professional training, housing, and employment services required to sustain themselves and their families financially. Equally important is ensuring that emotional supports are available to both the offenders and their families.

The Office of Family Assistance is addressing some of these needs through Responsible Fatherhood Opportunity for Reentry and Mobility (REFORM), which are in Kentucky, New York, Ohio, Washington and West Virginia. These grants provide healthy relationship, responsible parenting, and economic stability activities for incarcerated and returning fathers and their families. Additionally, they provide supportive services in partnership with other community organizations and aim to improve and strengthen the quality and stability of fathers, couples and/or family relationships.

Learn about ACF’s efforts to support father’s after incarceration: